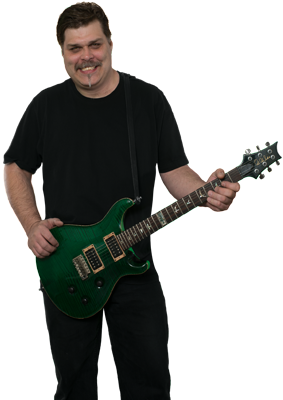 How many aspiring musicians launch a musical career at age eight by having the legendary B.B. King invite them on stage at a sold out concert in Cleveland, drape the strap of his beloved, world-famous “Lucille” over the little boy’s head and shoulders, and let the awe-struck, starry-eyed lad start jamming with the Bobby Blue Bland? One: Chad Ely – a child prodigy who began picking, plucking, and playing his parents’ guitars when he was 5 years old. Inspired, he says, when he was still in the womb and his mom pressed her guitar against her belly and strummed the weeks and months away until baby Chad finally arrived.

In the decades since, Chad has enjoyed a whirlwind musical career that included performing, touring, writing, collaborating, teaching,recording, and producing. He “turned pro” at 14, playing lead guitar for locally popular bands such as Mean Idea, Fortunate Sons, and, later, Petie Wheatstroh. During those teen years, he also taught music at the Fine Arts School in Conneaut, Ohio, and – get a grip on your hard drive! -- taught Computer Technology, Basic Programming Language and Hexi-decimal Programming Language at Back-to-Basics School in nearby Madison. The teaching ended as Petie Wheatstroh began to take off when Chad was in his early 20’s. He credits his success with the band to styles and techniques he earlier learned from Glenn Schwartz, an original member of the James Gang. Among Schwartz’s other famous students: Joe Walsh. Playing a mix of cover songs and originals, Petie Wheatstroh mainly toured the East Coast from Cleveland to Florida, where the band had a surprisingly large and loyal fan base. They recorded five studio albums and one live album which Chad, a recording engineer, mixed and produced himself before the band ended its career in 2000. 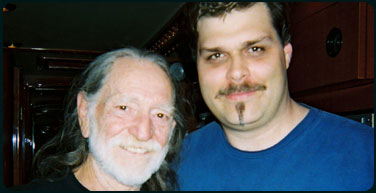 During those same years, he helped form Dok Rok Records, a recording studio in Euclid, Ohio, where he produced more than 300 albums, working with such artists as Collin Dussault, The Emperors of Swing, and his personal favorite and hero, the late Robert Lockwood Jr. He was also expanding his interests and expertise by branching out into graphics, photography, and videography, and began producing DVD’s, television programming, and webcasts. 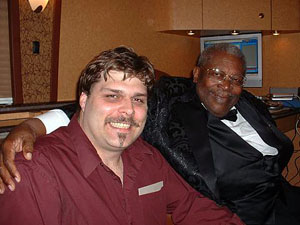 Chad’s career took a dramatic turn in 2002 when his creative skills caught the attention of consumer crusader Ralph Nader who hired Chad to handle videography and multimedia for his various advocacy efforts. About a year later, Chad was hired by Democratic Presidential candidate and then-Congressman Dennis Kucinich as National Director of Multimedia, traveling the country, documenting the campaign, producing videos, and getting to meet and get to know many of his own musical favorites and Hollywood stars, including Willie Nelson, Steven Tyler, Melissa Etheridge, Bonnie Rait, and, his first “mentor,” B.B. King. When Kucinich ended his campaign in 2004, Chad was immediately retained for a similar position by the Democratic Presidential nominee, then-U.S. Sen. John Kerry, who currently serves as the U.S. Secretary of State. The walls in Chad’s home, his office, and his studio are plastered with photos of him with the elite of the entertainment and political worlds. 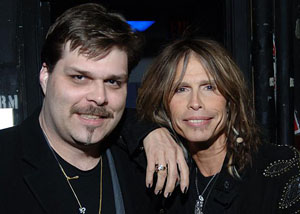 Throughout that political detour and a continuing career as head of Ely Multimedia, though, he never lost his love for music and would jam with friends and local bands whenever he had the time.

Early in 2013, after re-uniting with long-time friend Jimmy Maguire, the pair decided to launch a new musical venture: Chad Ely and The Explosion, a ten-piece band with a horn section and four vocalists, performing mostly original songs with music and lyrics by Jimmy in collaboration with Chad. Back on the stage again, Chad brings a raw, sometimes frenetic, and always wildly entertaining energy to the group’s performances.

The Explosion is working on its first album, which is expected to be released in July 2014.